Moments ago, on the 2nd of June, 2002, almost a third of the Hakoan people have risen up in revolt against the growing monarchy, while another third have taken arms against them. The existance of a third party is also noted, whether they support the monarch, aki, or the Bureaucracy of Upper Managment and Service, remains to be seen. The whereabouts of the Ministry Of Exchanges Momo, Mirai no aki, and the other keyt cabinet members are unknown, while several key military and diplomatic leaders are currently supporting the Bureaucracy. The Skeletons have been mobilized in addition to the Silent Legion Energetically Entombed Pantheons in Every Riverside and Stable. Many of the details are still missing, but these are the latest reports and eyewitness photos.

Sighting of hostile constructs in Seinan riots spread across the streets of Fuchu

Skeletons mobilized and on the front lines in Fuchu

Travel to and from the island nation is halted, and tourists are told to stay in the dockside area of Kuhaku, where there is currently no unrest. Diplomats are advised to stay in their embassies and refrain from travelling until the situation improves.

Brilliant. What does the government plan to do?

I guess first of all they will take out a patent for the curved laser beam! 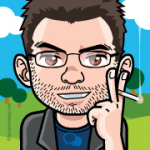 Good revolution , what are the government's plans ? 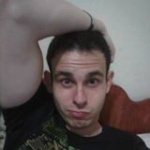