The archery team grabbed three medals. Gold, silver, and bronze in womens archery. All shieldmaidens are issued a bow at 16. Men have an axe throwing team...but it wasn't an Olympic event.

We sent no teams in basketball (what?), volley ball (what?), boxing (with no shields??), badminton (what's this?), tennis (er, no), cycling (we don't have bikes), diving (the water wasn't cold enough) , equestrian (we have no horses), field hockey (like war, but axes not allowed), gymnastics (please...), golf (unknown in DWFP), handball (we just found out this is a sport), any martial art (they have too many rules), ping pong (too small), rugby (good open warfare, but we couldn't play without the severed head), shooting (no honor in shooting), rhythmic anything (meh), or trampoline (our team of 5 year olds wasn't allowed).

Our water polo team managed a bronze medal, admittedly more based on brutality than skill. We apologize again for the broken bones.

Every wrestler we sent was disqualified, apparently attempting to kill isn't the aim.

Our weightlifting team, in 15 mens/womens weight classes, managed one bronze in mens 94kg.

The DWFP soccer teams finished last. We had trained with axes, but they were disallowed.

In 47 swimming events, we only won a silver medal in the marathon swim.

In sailing, we were competitive in every event, but couldn't crack the top three in any event.

Our mens rowing team won gold in the 4 man and 8 man sculls, by wide margins. It would seem rowing longships is excellent practice. They rowed to the Olympics and now they have to row back home.

Final medal count: 5 gold, 4 silver, 4 bronze. Not too bad for a little nation.

What medals did other GPA nations win?

The Imperial Republic of Hungadada didn't do too bad. Hungadada's strengths lie mostly in the track part of Track and Field.

Hungadada is not too good in the field. Competing in Longjump, Pole vault, and Triple Jump, Hungadada managed to get 1 bronze for Women's Long jump.

We did okay in swimming. Our swimmers competed in 100m breaststroke, and the 4x100m freestyle relay.

Hungadada did not compete in any other events.

Marshall Strahan wrote:How does one compete?

This is just role play, you are free to compete in whatever and win as many medals as you wish

My team, Oregon, performed very well in track and field only:

My Sailing Team was ready to compete, until one practice when they fell into the water, only half the team survived the E.coli. 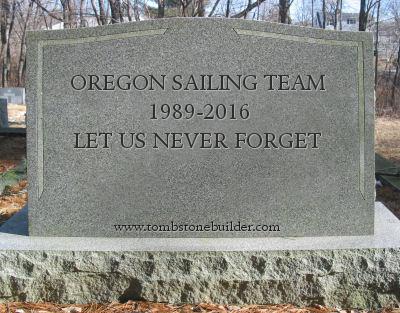 I gave their families compensation, and they really needed it, they earn $2.71 per day!

Marshall Strahan wrote:What country do you think is going to bring in the most medals in the Rio 2016 Olympics?

Marshall Strahan wrote:What country do you think is going to bring in the most medals in the Rio 2016 Olympics?

Good luck to all teams, but the teams with the most athletes have the biggest chance of winning more medals.